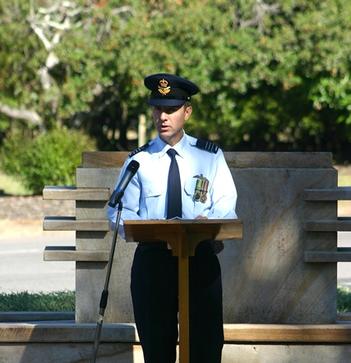 ​Dubbed the Desert Harassers by Lord Haw Haw the unit gained a reputation for their ability to rapidly advance with the ground war thereby providing outstanding support for the Allied Army. ​​​In the space of one fortnight in November the SQN moved 6 times. From all perspectives that was an incredible feat.

Over the course of 15 months in the desert the unit accumulated an amazing record: 49 aircraft destroyed in the air; 16 probables and
27 damaged. On the ground
​93 aircraft destroyed or damaged plus 584 motor transports. 8 DFCs were awarded along with 5 DFMs – basically one per month.

The SQN’s record would continue with their move to Malta in July 1943 in preparation for the Allied landings in Italy. Their effectiveness in the ground attack role paralysed every enemy movement on the battlefield, significantly contributing to the defeat of the Germans. Attacks on shipping and other ground forces continued on their progression north culminating in their last offensive during Operation Bowler in Venice. The SQN disbanded in Lavariano on
​20 August 1945.​​

Behind these awards and catalogue of fact there are many stories of courage and bravery; stories of mateship, laughter and fellowship; stories of sorrow and tears. But the most enduring story is that of the bond that was formed between these men, forged on the battlefield and continued through their families today. Men who would give everything to protect their mates and whose dogged determination inspires us all; through adversity to the stars.

So whilst those who left Australia in April 1941 were just ordinary men, they were ordinary men who performed an extraordinary job. Each and every one of us has a debt of honour to pay for those who fought. Their camaraderie and mateship are in the finest traditions of the RAAF but more so define who we are as Australians.

So, do I think we could cope with a similar situation today? Would we be willing to make the same sacrifices? I honestly believe we could and we would. Anything worth having is worth fighting for. The Harassers have certainly shown us that.  ​

It is certainly an honour and a privilege for me to be standing before you today commemorating the men of 450SQN who fought in the defence of the free world all those years ago.
​I would like to acknowledge all those who have made this journey here today – I thank you. I would also like to acknowledge those who couldn’t make it here but are represented by their family and friends – I also thank you. And for all those who could not make this journey here today you are all deep within our thoughts.

65 years ago 279 men departed from Sydney Harbour for the Middle East. Little did they or their families know how long they would be away for or if indeed they would even return. During the course of the war, 49 men made the ultimate sacrifice. We are here today to remember not only those who were lost in battle, but all those who fought and have been lost throughout the years, and of the families who waited patiently, expectantly not knowing what the next day would bring.

For many of us today it is difficult to put into context what those stresses must have been at that time. How would we cope today? Are we different from those men and women? What would we be willing to give up? What drove them to commit to a war so far away?

Reading through the diaries of those who left Australia I see that they were ordinary men concerned about those common things that still concern us today. Whilst their pay and conditions of service caused some initial debate prior to embarkation, the near mutiny on the Queen Elizabeth left no doubt that an armed force certainly marches on its stomach. The monotony and boredom of ship life would soon end with their arrival in the middle east.

Initially 450SQN provided the ground staff to support No 260SQN RAF flying operations against the Vichy French in Syria. By August 1941 the composite SQN was disbanded with 450 gaining S/L Steege as their CO, equipping with Kittyhawks by the end of 1941. From 15 Feb 1942, 450 commenced operations from Gambut recording their first A/A victory on the 22nd. However, their own losses commenced the very next day.

Over the coming months the SQN’s identity was essentially solidified through their tenacious air to ground attacks on enemy forces.