The noon service held on the aft deck of Queen Elizabeth began with a three-gun salute from nearby Fort Scratchley, which also hailed the ship’s earlier arrival and was due to farewell her on departure from Newcastle.

450 Squadron, nicknamed the ‘Desert Harassers’ by the German propaganda broadcaster ‘Lord Haw Haw’, became one of the most famous RAAF Squadrons of the Second World War.

Carnival Australia Executive Chairman, Ann Sherry, said it was a privilege to welcome the 450 Squadron veterans, widows and children of the 450 on board Queen Elizabeth.

“It is again a reminder that there is a deep connection between Cunard and Australia going back over many generations,” Ms Sherry said. “It is a humbling experience to meet people who have given so much to their country.”

Sandi Nipperess, the Secretary of 450 Squadron RAAF Association thanked Air Base Executive Officer, Wing Commander Amanda Cornell and Base Warrant Officer Lloyd Hamilton along with the personnel representing units from RAAF Williamtown for their continued support and contribution to the days events.

Miss Nipperess said: “Today has brought back many memories for our veterans. Thanks to the  amazing generosity of CUNARD, Captain Thorhauge and the crew of the Queen Elizabeth we have been given the opportunity to commemorate the formation of No. 450 Squadron in a manner never imagined. Our veterans can return to their homes knowing that although 75 years has passed by since they left the shores of Australia to fight for their country, the memory of No. 450 Squadron and its 4½ yr long valiant war effort is still very much alive, never to be forgotten.”

450 Squadron RAAF was raised as part of the Empire Air Training Scheme and was established at Williamtown on February 16, 1941, just months before departure on Queen Elizabeth.

Those who departed on the converted troopship were ground staff and officers who, on arrival in the Middle East, formed an operational squadron with Hawker Hurricane pilots from the Royal Air Force 260 Squadron in June 1941.

450 Squadron eventually resumed its own identity with Kittyhawk pilots and ground staff and was active for the remainder of the war operating in Syria, Egypt, Libya, Tunisia, Malta, Sicily and Italy.

A total of eight hundred and eighteen men from Australian, New Zealand, British, Canadian and South African Air Forces served on No. 450 Squadron during WWII. With the war’s end 450 Squadron was disbanded in Italy on August 20, 1945. The squadron’s official association formed in Italy in 1943, and now managed by the Children of 450, celebrates its 73rd year on November 5, 2016. 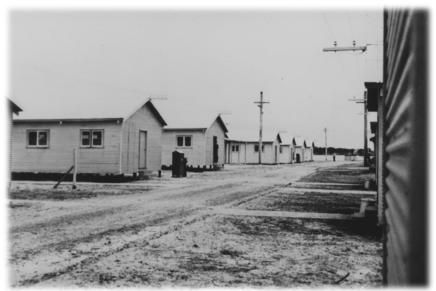 On April 11, 1941, two hundred and seventy six men from the newly established No. 450 Squadron RAAF  Williamtown boarded the original Queen Elizabeth in Sydney to sail to the Middle East.

Proud veterans of 450 Squadron and family members today boarded the new Queen Elizabeth, the youngest of the Cunard Queens, for a special commemoration service to mark the 75th anniversary of the formation of the squadron.