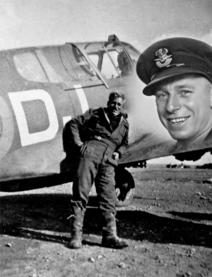 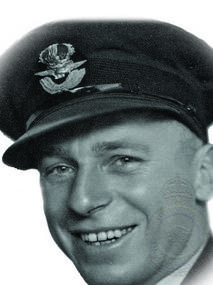 In June 1941 he arrived in the Middle East and was posted to No.71 Operational Training Unit at Ismailia, Egypt where he trained on Hawker Hurricane aircraft. In July 1941 due to inexperience with the aircraft he ditched into Lake Timsah (on the Suez Canal), and suffered scull and facial injuries which were not serious.

In August 1941, Sgt. Kierath received his first combat posting to No.33 Squadron RAF. He was lucky to escape death on two occasions in September 1941, when on 7 September he was ground strafed by enemy fighters while taking off from Sidi Haneish and his Hurricane burnt out.

On 9 September, while on a fleet patrol, the squadron was bounced by Bf 109s and his aircraft was holed in the port wing by a cannon shell, wounding him with shrapnel.

In December 1941 he was posted to No.450 Squadron RAAF which was in the process of forming up as a new fighter squadron. Although he was operationally tired, F/Sgt. 'Rusty' Kierath was one of a number of experienced Australian pilots alongside pilots with no combat experience, to support the Commanding Officer, S/Ldr. Steege, to prepare the squadron as a fighting unit. Having only flown Hurricane fighters on operations 'Rusty' was now required to convert to the new P-40 Kittyhawk which was being introduced to desert operations.

F/Sgt. Kierath was on probation for commissioning as an officer from January 1942. This probation was extended for his first tour with 450 Squadron RAAF.  In April 1942 he was released as an airman and granted a commission as a Pilot Officer, effective May 1942.
After completing his first tour of operations with 450 Squadron on 24 May 1942, 'Rusty' was posted out for a 'rest', returning to Rhodesia and training new pilots in Harvards and Tiger Moths.

On 15 April 1943, Pilot Officer Kierath rejoined 450 Squadron at El Djem, Tunisia for his second tour of operations. This was to be short lived, however, as on 23 April, while on a 239 Wing sweep to Cap Bon, his Kittyhawk was hit by anti-aircraft fire, damaging his engine. He was forced to bale out over the Mediterranean Sea and was rescued by a German rescue launch and captured, becoming a POW in Stalag Luft III at Sagan, Poland. At Stalag Luft III he became head carpenter in the camp and helped to create fake walls in order to hide forged documents, compasses and other material vital to the 'Great Escape'.

During his incarceration Rusty was promoted to F/Lt.

On 28 March 1944 after a daring escape from Stalag Luft III, Rusty and three other airmen were taken to the city of Brux, which is now known as Most, in the Czech Republic, and shot by the Gestapo. His body was cremated in the local crematorium on the following day, 29 March 1944. 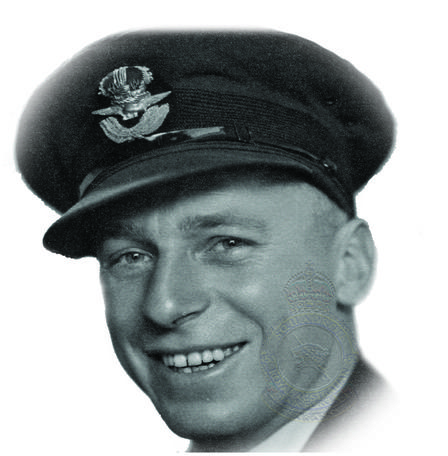