No. 77 (Fighter Interceptor) Squadron was formed at Pearce, Western Australia on 16 March 1942 and equipped with Curtis P-40E Kittyhawks.  The Squadron moved to Darwin in July 1942 and engaged the Japanese over northern Australia.   November saw the Squadron move to Milne Bay and it remained in the islands until August 1945 before  moving to Japan as part of the British Commonwealth Occupation Force, equipped with F-51D Mustangs.  77 Squadron remained in Japan for four years. When North Korean forces invaded South Korea the Squadron moved to Korea  During that time they were re-equipped with Meteor aircraft.

In 1956 the Squadron returned Australia to be based at Williamtown and new aircraft, Avon Sabres.

The end of 1958 saw the Squadron move to Butterworth, Malaysia where it once again served with distinction during the Malayan Emergency and Indonesian Confrontation.

1969 saw the Squadron return once more to Australia and equip with Mirage IIIO aircraft and in July 1987 the Hornet FA/18.

As at 2015, 77 Squadron remains a current serving squadron.

For more information on this elite squadron, please visit their website 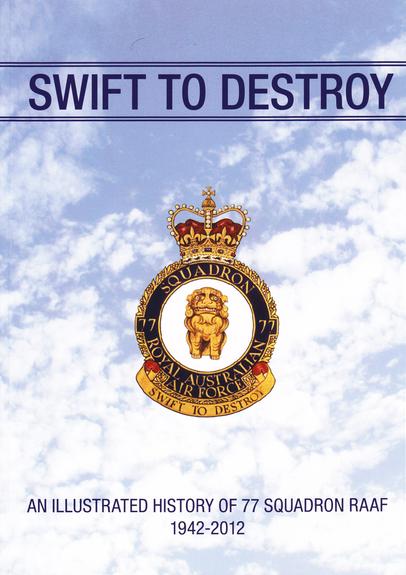