AUSTRALIAN CUSTOMERS ONLY
Shipping Cost = approx. $14.80/book  within most areas of Australia

INTERNATIONAL CUSTOMERS
​Please contact our office for the correct shippingcosts to your region, prior to completing your purchase 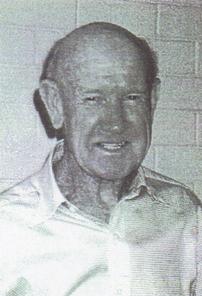 Wing Over and Dive

'Wing Over and Dive' was commenced as an exercise to rediscover old wartime friends during the author's retirement. In order to present a broader picture Stan Watt sought contributions from other members of No. 450 Squadron who have described their own experiences of fear, exhilaration, comradeship and dedication. His experiences during a trip back to Italy, fifty-five years after the end of hostilities have also been included.

The following is an extract from
Wing Over and Dive
FOREWARD
by Flight Lieutenant Doug Millar, DFC

'450 Squadron RAAF was formed in Australia in February, 1941 and departed Australia for the Middle East 2 months later, but without aircraft. It was not until January 1942 that the Squadron received P40 Kittyhawks and became an operational fighter squadron.

In the face of the advancing Africa Corps, 450 flew constant bombing and strafing missions and although Kittyhawk losses were heavy, the Squadron maintained it's damaging attacks against German and Italian Forces.

It was during this period and following the breakthrough by the 8th Army at
​El Alemain that the Opposition publicity figure Lord Haw Haw, nicknamed the Squadron "The Desert Harassers" which the Squadron accepted with glee.

The North African Campaign finished in May 1943 and 450 Squadron moved to Italy and Yugoslav for the remainder of the War. These attacks were particularly hazardous as the Germans quickly developed an excellent anti-aircraft defence system.

"Wing Over and Dive" is a well presented history by Flying Officer Stan Watt, of his experiences, and service on 450 Squadron towards the end of hostilities in Europe. Stan has recorded the vast range of personal reactions to the stress of air operations in Northern Italy in 1944 and 1945, as well as some of the many funny and happy incidents that offset the horror and terror of air conflict and death that was always just around the corner.

Stan and I met during a Conversion Course to the Kittyhawk P40 aircraft in the Middle East in May 1944 and were posted to 450 Squadron together at Crete Landing Ground in Italy, arriving there July 1944.

His tour of operations finished in March 1945 when he led one of three sections of 450 Squadron on a massed air attack against Venice Harbour. refer to Campaigns "Operation Bowler" on this website

Venise was a protected city but the Germans were using it to supply their forces to the South.

It was a credit to the leaders of this mission that navigation was so "spot on" and bombing so accurate, that warehouses and shipping were destroyed; yet, the treasures of the city were preserved.

The author is to be congratulated on this autobiography, featuring experiences whilst serving with a famous RAAF Fighter Squadron during the Italian campaign, which not only highlights the highs and lows of operational life, but also the experiences of some of the notable squadron characters.' 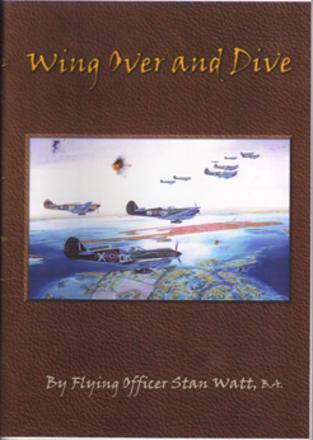